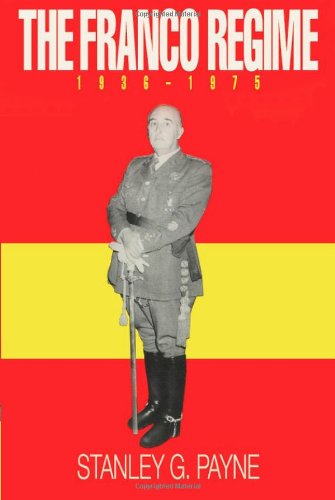 Críticas ""The most substantial contribution to our understanding the political history of Francoist Spain. Its tone is gruff, its learning staggering."" -Raymond Carr, New York Review of Books ""With the publication of Stanley G. Payne's massive and eminently judicious study we at last have the means of understanding the man and his regime. . . . The most solidly based and sanely balanced book yet to appear on this difficult subject."" -Paul Preston, New York Times Reseña del editor The history of modern Spain is dominated by the figure of Francisco Franco, who presided over one of the longest authoritarian regimes of the twentieth century. Between 1936 and the end of the regime in 1975, Franco's Spain passed through several distinct phases of political, institutional, and economic development, moving from the original semi-fascist regime of 1936-45 to become the Catholic corporatist ""organic democracy"" under the monarchy from 1945 to 1957. Distinguished historian Stanley G. Payne offers deep insight into the career of this complex and formidable figure and the enormous changes that shaped Spanish history during his regime. Ver Descripción del producto