Overlander: Bikepacking coast to coast across the heart of the Highlands por Alan Brown 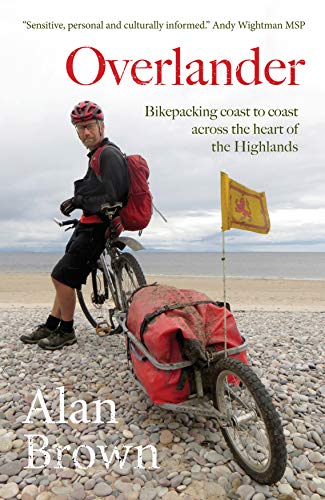 Alan Brown con Overlander: Bikepacking coast to coast across the heart of the Highlands

"Sensitive, personal and culturally informed." Andy Wightman MSP Seeking a temporary escape from city life and a world gone mad, Alan Brown plots out a personal challenge: an epic coast-to-coast trip through the wild and lonely interior of the Highlands. He traverses paths historic and new, eschewing creature comforts and high-tech cycle gear, trusting his (mostly) serviceable bike. Armed with the essentials and a sense of adventure and curiosity, he discovers more about nature, history, people, his country, the concept of risk, and himself, than he ever thought possible. Alan traces a route from Argyllshire’s Loch Etive across remote Rannoch moors, dramatic Grampian terrain and the beautiful glens of Strathspey to reach the Moray Firth at Findhorn. Ready for all weathers and obstacles, he succumbs to the hypnotic daily routine of ride, eat, sleep, repeat. He’s savouring the landscapes, the wildlife and the solitude, and relishing the self-reliance. He is also picking up clues to past lives, and discovering how the land has been altered by industry, game sports and, sometimes, conserved for wildlife and trees. It’s a route where Alan gets to spend time with nature and himself, where he takes his time, wild camping under the stars, on a journey of discovery in which the whole is greater than the sum of its parts.